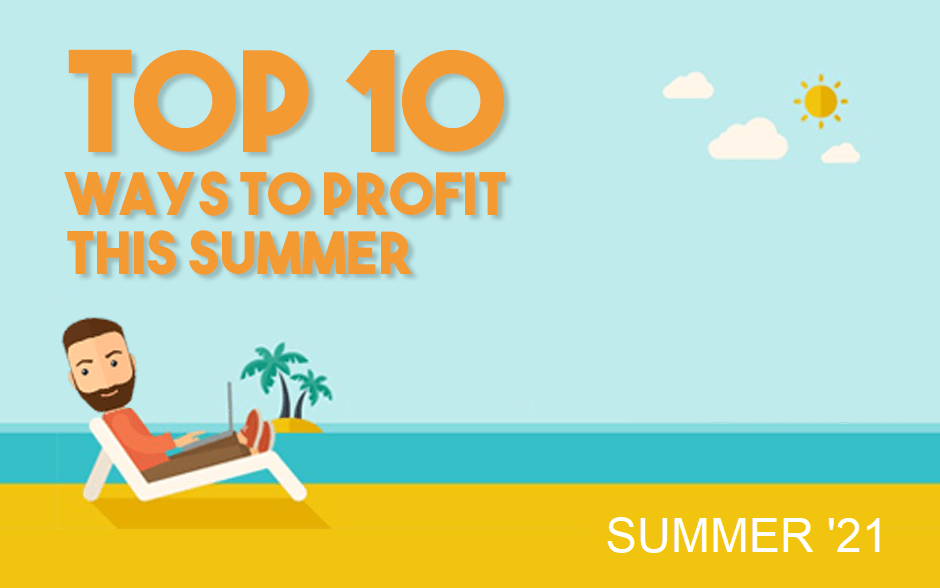 Top Sporting Events To Profit From This Summer

The 2020 sporting year was an odd one to say the least and many events were cancelled and re-scheduled.  This means that the summer of 2021 and into the Autumn is promising to be a matched betting bonanza despite the football season coming to an end with plenty of profit to be made!

This guide aims to highlight those events and what offers you are likely to see advertised on Team Profit website and Facebook group.

Horse Racing is in action every single day throughout the summer, so there's plenty to be getting on!

The best day of the week is Saturday between 1.30pm to 4.30pm when the racing is televised on ITV, as most bookies have better offers for races being shown on TV.

There will also be some mid-week ITV races with festivals such as Royal Ascot, Glorious Goodwood and Ebor likely to present some juicy offers from the bookies. These festivals can be extremely lucrative as it's essentially a Saturday every single day!

The majority of your profit will come from Racing Refund offers. There's also Extra Places which tend to be a huge earner over the festivals as your winnings are technically unlimited. For this I'd highly recommend signing up to Profit Accumulator as they have odds matching tools for Extra Places and general horse racing.

For some essential reading on Horse Racing Offers, I recommend starting with the following guides

Further Guides can be found in the reloads section of our website.

A full ITV Racing schedule can be found here.

The month of May sees the F.A. Cup, Champions League and Europa League cup finals take place so you just know there will be some profit to be had, especially from Bet365.  Then, last year's postponed Euro 2020 championships have been re-scheduled for the 11th June to 11th July this year and seeing as the bookie lost out last year we fully expcet them to make up for it this year with some juicy offers, particularly if England do well.

Then, the domestic seasons start up again on the 14th August and in November we're right back into qualifying for the World Cup in Qatar 2022.

Tennis Tournaments
Up to £300

Matched Betting on tennis can be a great way to keep those profits coming in over the summer.  There are two Grand Slam tournaments running throughout the summer and offers can be extremely profitable.  With the Grand Slams there are literally hundreds of matches you can bet on! The tournaments that are running are:

Just be careful to make sure you are using the correct bookmakers when placing your Tennis bets. This is because the retirement rules are different for each site, and so whilst you can lay bets at the exchange for some sites, you can not for others. You will need to dutch some bets with other bookmakers that have the same retirement rules. Check out the guide for more info.

Despite football and tennis being the main events over the summer, there are still other sports that the bookmakers will have some very good promotions on.

The Ashes, that long fought battle over a small urn of burnt bails, commences on 23rd November through to the 8th January between England and Australia.

The bookies love a golf offer or two and they can be extremely profitable. There's 2 more big golf tournaments over the next few months that will hopefully be very profitable.

Alongside golf there's plenty of American sports such as the MLS (Major League Soccer), NBA (basketball) and Ice Hockey finals which won't be huge, but there will still be some offers from the smaller bookies that can make you a few quid from.

In July there's the Tour de France. This is the most prestigious bike race and lasts for most of the month. The offers aren't generally great as not many websites run promotions for it, however there will be some promotions worth doing so it's definitely worth keeping an eye out for.

Another HUGE event that was postponed last year are the Olympic Games in Tokyo, Japan.  Although not usually a big event for bookies but seeing as 2020 was slim for them, we could hope for some good offers.

Don't be put off by Casino offers just because they are not Sports! There is plenty of profit to be made from them so long as you are willing to accept a small level of risk. This is because you cannot lay off your bets in the same way as Sports.

Casino offers run pretty much every day and can be found in the Team Casino Daily Reloads page.

The best thing about these types of offers is that they can be done at almost any time, so if you're having a quiet day of sport trying to fill in the gaps between the major events, then why not hit up a casino offer or two?

Cashback offers through TopCashback and Quidco are an absolute gold mine. People are put off as it seems a lot of effort, but they are very good value, and take very little time to complete at all! You could power through all of the TopCashback offers in as little as 2 hours or so, and make yourself at least £200!

Most of the TopCashback/Quidco offers are Casino and Bingo related, however the majority of them are paying more cashback than you initially deposit making them very low risk!

Check out the guide on how to complete these offers, it's just as good (if not better) than when you were doing the sign up offers!

There are over 30 Welcome Offers on the Team Profit website, and over 14 more on Profit Accumulator.

Have you completed all of them? Are there any you've skipped?

If you've not finished all of the sign up offers then now's your chance as there's plenty of profit available! It's very easy to get lazy when you start completing reload offers but by completing the rest of the sign ups you are getting more profit, and preparing more accounts for when the football season starts again!

So go and revisit the Welcome Offers guide, and if you haven't already yet then sign up to Profit Accumulator for just £1 for 7 days - it's well worth it and you'll make that money back in just one offer!

The bookmakers all have their weekly bet clubs running over the summer. With there being less football between July and August you may find it harder to get matches, however you can always check out the selections blog post.

The Free Bet clubs are worth around £50 weekly.

Feel free to post in the Facebook group if you're having trouble with one of the clubs or not sure what to bet on as people will generally help out! 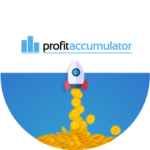 Profit Accumulator are an amazing tool and a must have for all Matched Bettors. On there, you will find lots of things such as the Oddsmatcher, Racing Catcher, Each Way Catcher and much more!

My favourite thing that Profit Accumulator have though is their price boost thread. This alone is easily worth £300+ monthly to any member, and for those with a larger bankroll, it's possible to earn £500+ from them.

You can sign up and trial Profit Accumulator for just £1 for 7 days via Team Profit right here. Simply try them out, and if you don't like them, you can cancel!

The Team Profit Facebook Group now has over 30,000 members! There are regular tips posted that will help you make more profit from your offers.

Plus the Profit Accumulator forum is incredibly helpful, I use it pretty much every day to find out about new offers and learn new tricks from very experienced matched betters.

I am 99% certain if you don't currently use both of these communities, you will make more profit this summer by joining them!

I hope this article has shed some light on how to make money over the summer. Most people think it's a "quiet" period, but in reality it isn't as there's still plenty to be getting on with!

There are 3 easy ways to get help:

Facebook Group - ask over 30,000 fellow matched bettors (including the Team!) any questions you may have. [Join The Group]